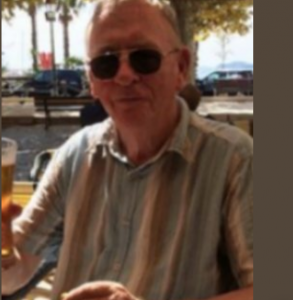 A few months ago  I stumbled on a video recording of a speech given by President Putin. I don’t speak Russian but  I heard what was presented as an English translation.

It seemed to me that the President, or his speech writer was familiar with the speeches and writings of Edmund Burke and an admirer my illustrious kinsman.

My mother was very proud of the relationship, for when passing Dublin’s Trinity College she would point to his statue, beside that of Oliver Goldsmith.

Burke had been taught in a hedge-school, was fluent in Irish and other languages and had graduated from Trinity before setting foot in England.

I have learned to distrust the BBC and British media and academia generally. Even the  OXFORD ILLUSTATED DICTIONARY is a prime example of ANTI-IRISH SPIN.

It describes Edmund Burke (1729-1797) as an ENGLISH Whig Statesman, political and philosophical writer, and orator.

It describes Richard Brinsley Sheridan (1752-1816) as an IRISH playwright and Member of Parliament. Sheridan was indeed Irish, and born in Dublin like myself, but lived in England from his early childhood and went to Harrow School.

It describes William Burke (1792-1829)  as “IRISHMAN who was executed in Edinburgh for SMOTHERING friendless people in order to sell their bodies for dissections..

It seems to me that Irish, together with British commentators of the current unpleasantness in the world have long ago sold their souls to the Devil.

If I were to trust them I would be a Berk.