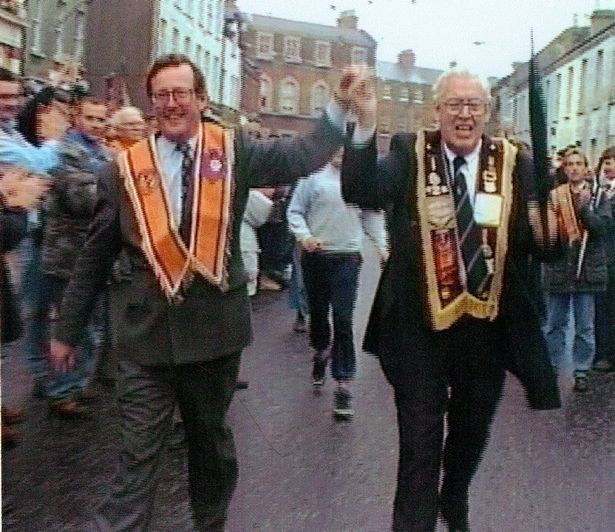 The dominant narrative on what is euphemistically called ‘the troubles’ is that it was largely a sectarian conflict. Whilst this viewpoint conveniently diminishes the British involvement in our problems, it manages to thrive because it is based on partial truths. There is undoubtedly a sectarian element to our struggles, and it is within this context that many herald the ‘courageousness’ of Mr. Trimble.

An alternative narrative is that our problems arose from the obvious discrimination emanating from a bigoted government that was borne out of a gerrymandered statelet. While this interpretation would raise inconvenient questions about the British role in partitioning Ireland, it is therefore preferable for them to focus on the sectarianism.

When viewed through the simplistic lens of a sectarian struggle then it only feels right to applaud the leaders of the rival sects who managed to reach an agreement.  As someone who’s benefitted enormously from the GFA, I’m grateful to Trimble for stepping up despite facing considerable backlash from his own community. Personally, I feel John Hume deserves the most credit for this achievement. Nonetheless, the agreement couldn’t have gone ahead without having a slightly less bigoted Unionist on board which is where Mr. Trimble came in.

It is an indictment of just how bigoted Ulster Unionism is that someone like David Trimble can be considered as ‘a man of peace’ and ‘tolerant’. This is the same David Trimble who insisted on triumphantly marching through Catholic areas during the Drumcree conflict – hardly conducive to healing divisions. David was also an outspoken supporter of the apartheid state of Israel and until recently –when it affected his daughter- was opposed to gay marriage. He also momentarily allowed his mask of tolerance to slip with his vocal opposition to the ‘NI’ protocol bill. True to form, a steadfast support of the union trumps all other considerations.

So, while he should be rightly praised for his role in the GFA, let’s not overreach and pretend he wasn’t another bigot. Relative to many Unionists he was tolerant, which speaks more about Unionism than it does about him. No doubt glowing tributes will flow through the media in the coming days, and many will fall into the trap of glorifying someone because they’re now deceased. However, the truth is that only compared with the excesses of hatred found in many Unionist circles could a man like this ever be considered tolerant.