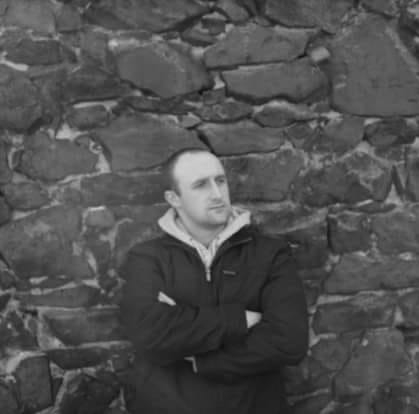 “Respect our culture”. It’s a cry we hear most years around July time regarding bonfires and the like.  How respectable is Loyalist culture though? I’m a firm believer that everyone has a right to culture, a right to practice and enjoy their culture.  However, what I do not find acceptable is a culture which demonises, belittles, and celebrates the oppression of one’s neighbour.

Ulster Loyalist culture or Ulster Loyalism emerged in the late 19th century in reaction to the Irish Home Rule movement and the rise of Irish nationalism.  Some have actually described Loyalism as ethnic nationalism with some going so far as to describe it as a variation of British nationalism.  It has had a confusing life, from having an almost blood pact connection and devotion to the British monarchy to having a conditional loyalty to the same so long as it defended their interests and values.  Former Taoiseach, Garrett FitzGerald claimed Ulster Loyalists were loyal to Ulster above the Union so one can see why ‘Ulster Loyalism’ may be confused as to what or who it is or even why it is a culture.

Moreover, the word or title ‘Ulster Loyalism’ is deeply connected to paramilitarism.  Most likely the reason Loyalist paramilitaries have such an iron grip over their own communities in which they openly pollute the communities they claim to protect with drugs, racketeering and a seething siege mentality which only strengthens and entrenched them further.  Indeed, only recently, Loyalist leader Dee Stitt, attempted to have paramilitarism enshrined in Protestant culture, closely linked to Loyalist culture but was rejected by a Protestant cleric who said he “sees nothing biblical about such groups.”

Obviously, that was a cleric’s take on the matter but the fact is paramilitarism has a huge part to play in Loyalist culture to which Protestant culture is connected.  From the posters stating “Craigyhill Battalion UDA” with the picture of the Craigyhill bonfire to the UDA and UVF flags flying from every lamp post in the North, Loyalist paramilitaries are deeply engrained in Loyalist culture and communities which to an extent explains why it has been so hard to get rid of them so we do not have the threat of death hanging over everything that happens here.

A prime example of Loyalist culture and one held dear by those who celebrate it is the 11th night bonfires in July.  In years past we have watched as children as young as 5, if not younger, have had their foreheads emblazoned with the letters “KAT”.  In this sense, the word ‘taig’ is used in a similar way to the word fenian but is more ethnic in terms of abuse against people of Irish descent than “Fenian”, which more commonly signifies Irish Republican.  They say hatred is taught, learned, that a child is not born hating anyone and I would tend to agree with that.  So is Loyalist culture, Protestant culture, and religion quite literally teaching its children to hate ‘taigs’ or Catholics? It seems to be the case when we also have children’s bonfires adorned with Irish flags with children being encouraged to burn the lot.  I can’t see Protestant clerics agreeing with this, it can’t be part of their teachings as any I have met have held out the hand of friendship to me – so ‘KAT’ must be Loyalist culture, a hatred of taigs, of Catholics and anything Irish including but not limited to the Irish flag and language.

The 12th day of July, organised and facilitated by the Orange Order and its lodges across Ireland and indeed England, Scotland and Wales, and beyond is a day boasted in the Orange calendar as a “family day out”.  Yet the Orange Order is an inherently sectarian organisation quite literally founded to ensure Catholicism and Catholics were oppressed and to ensure the ascendency of Protestantism in Ireland.  Does that sound like part of a respectable culture? To me, it denotes the fact that there are still, to this day, institutions and organisations in Ireland, in place and with significant influence on democratic politics that seek to hold down and diminish the freedoms and rights of their neighbours.  In an attempt to make this culture palatable to many, the Orange Order has pushed the 12th of July as a tourist attraction with thousands attending the televised parades full of pageantry and a festival atmosphere.  However, in the background, where the television camera’s cannot see there are personalities taking to social media saying they’re going to “kill all the dirty, filthy taigs” while at smaller untelevised parades, Loyalist bandsmen sing the Billy Boys, “We’re up to our knees in fenian blood” and The Famine Song to the rather unmelodious cheers and tones of the crowd.

Is Ulster Loyalist culture really respectable at all?  To many whose communities were trampled under the boots of Orangemen and Loyalist bands for generations, it’s nothing but hatred encapsulated in a fake celebration. A way to openly show hatred of your neighbour while calling it culture and leaving out the word ‘hatred’ and adding the term “family day out”.  The respectability of the Orange and Loyalist traditions and culture, from the viewpoint of those that hatred is directed at, is zero.  How can one respect something that is a literal celebration of the oppression and seething derision of their community?  At best it is looked at with disgust.

This is the one underlying problem of Loyalist culture, that its respectability is almost nothing outside of Loyalist and Unionist circles and not because no one else cares about it or knows about it but that it attacks everything that Loyalism isn’t.  It attacks Ireland, Palestine, the EU, Catholicism, Gaelic games, the PSNI, Michaela McAreavey, Nationalism, Republicanism, even the centre ground parties are mocked and attacked and so many more quarters get the same treatment to the point I find it almost incredible that Loyalism wonders why they are losing support hand over fist.


If Loyalism wishes those of other political and cultural denominations to feel safe and accepting and respectful of Loyalist culture then it must actually be respectable and fit for purpose in a modern world.  Its respectability must mirror the fact that this state is now a shared society in which Unionism no longer rules supreme.  It must acknowledge the fact that supremacy no longer works as a means to push one’s agenda and the hatred shown on bonfires on the 11th night and the continuation on the 12th of July is no longer acceptable.  ‘Northern Ireland’ has moved on from the days when Stormont was an extension of the Orange Order and with that in mind, the Orange Order has no place in politics.