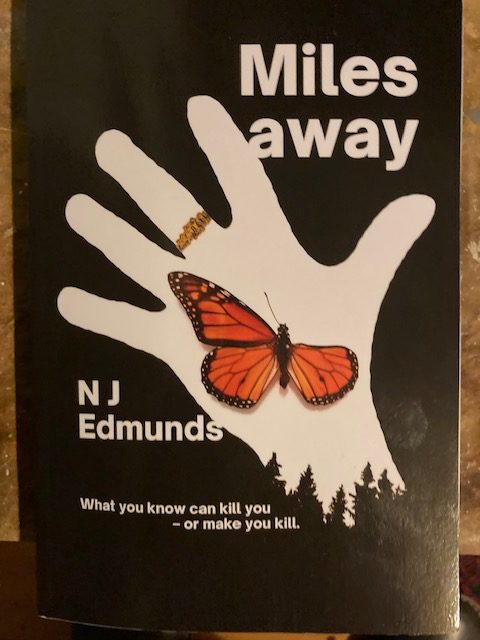 Challenging family relationships are too frequently a rite of passage in the process of growing up. In his first novel, ‘Miles Away’, NJ Edmunds adds stultifying dreams, mutilated corpses, suicide, occasional football games and finding a girlfriend, to the mix. The small town boy, Dacre, eases through school in the Seventies and begins a science degree at Aberdeen University.

Some of Edmunds’s best writing captures the difficulties of moving to a campus milieu, making friends and encountering others from a wide range of social backgrounds; he is particularly adept at the truncated and often ribald, verbal exchanges of the young.

He meets and falls for the glamorous Isla, an Arts student from a wealthy, Edinburgh background; she is a steadying influence on a guy who is drowning in phobias. The character is well drawn as are the others in this readable first effort; Dr. Granville Sutton, an endearingly unconventional psychologist, has the potential to be the central anchor of a separate work.

View all posts by Jude Collins →
PAT+JUDE TALK ABOUT S RUSHDIE, SHERGAR, THE OMAGH BOMB, LEO VARADKAR AND M COLLINS & NO ALTERNATIVE
You never lived through the Troubles – by Carl Duffy