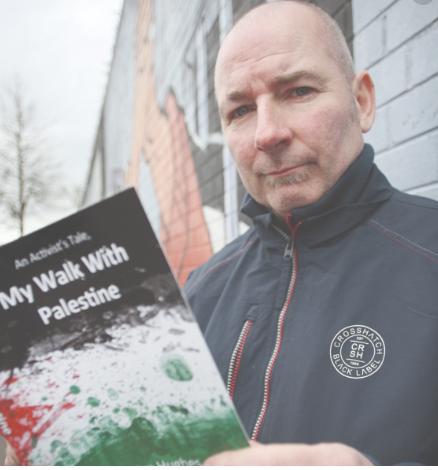 The tragic death of a young woman in an Iranian police station who was seen to collapse on CCTV is a devastating blow to her family and friends.
We all mourn for the loss of an innocent young woman while we await the official outcome of how she died.
While local police insist the woman died of a heart attack the Western main stream media claim she was beaten to death.
The reaction here in Ireland and the UK has been almost instantaneous and universal.
Rallies and marches defending the right of women to choose whether or not to wear the Hijab are taking place in towns and cities in the UK and Ireland.
The irony or hypocrisy of these rallies is open to debate so let’s have a look at what’s happening.
There are no rallies for the millions starving in Yemen.
No mass rallies for the besieged people of Donbas but we do have rallies to support Ukrainian fascists.
No rallies against the daily brutality of the unelected , unmandated Gulf monarchies or the excesses of Mohammed Bin Salman Crown Prince of the House of Saud and the  man accused of ordering the murder of Jamal Kashoggi.
They did have rallies against Saddam Hussein . Rallies against Gaddafi and rallies against Assad .
All countries that had to fight national wars of liberation to free their people from foreign imperialist military occupation
They had rallies against Serbia.
They had rallies in favour of colour revolutions ,the Arab spring, Hong Kong,Taiwan, and Ukraine
Question : What is the common denominator here ?
Answer : Western imperialist foreign policy.
The West supports and indeed arms  Saudi Arabia in its grotesque war on Yemen because it suits the regional aspirations of Nato, the EU, America and Israel.
They destroyed Libya and  Iraq  while balkanising Syria and sanctioning Iran.
China is bad , Russia is bad, Iran is bad, yet right wing governments in Kiev, Warsaw, and Budapest are good, as are the death squads in Columbia and the assassinations of Iranian scientists.
We must be careful not to conflate civil rights with regime change.
Let’s be very clear what is happening in Iran
Syria has been destroyed by external forces using internal divisions to destabilise the government. The same happened in Libya , Ukraine and most recently in Belarus.  The last thing the people in Iran need is violence orchestrated by Israel , the UK , US,  France and Germany  etc , using the hijab as a pretext not to liberate women from religious domination but to destroy the country
Be careful what you call for at a time when the imperialists want war with China, Russia and Iran.
If you stand against the Iranian government at this time, you will be supporting the destruction of another sovereign nation and all that entails. Refugees, death, injuries and destruction.
Is that what you want or can you not see past the sound bites and propaganda photos>
Wake up,  wise up and grow up to the realities of where this might be going.
I was at a protest one time at City Hall in  Belfast.  I called out ‘ free Julian Assange ‘ and  a young woman turned towards me and  said “He’s a rapist, I believe the women”.
I told her she would be better believing the evidence as there was none.
This woman believed the lies of the main stream  media and simply repeated a sound bite , “I believe the women”.
She had not researched the data,, nor looked behind the headlines .
Keir Stammer imprisoned Julian Assange on trumped-up charges as part of the elaborate ruse to extradite him to America .
The West’s masses are bombarded with a constant stream of lies, propaganda and misdirection, while the demonisation of people, governments and sovereign nations that are not already under Western or zionist domination runs riot.
How often have we seen this regime-change hand-book played out?
Do you member the nurse in Kuwait who claimed to have witnessed  Iraqi troops taking  babies out of warm incubators and leaving them to die on the cold floor while stealing the equipment?
Turns out she was the daughter of the Kuwaiti ambassador to America.
Now we have Western media claiming  the young woman Masa Amini   who died In a Tehran police station  was beaten to death by the police?
That might happen if your are black and living in America but it doesn’t happen In Iran unless of course you choose to believe the BBC, Fox  News ,CNN,  Le Monde etc
“If you’re not careful, the newspapers will have you hating the people who are being oppressed, and loving the people who are doing the oppressing.” -Malcolm X
Ultimately the Iranian establishment must release all available evidence into how Mahsa died including the post mortem results.
If there is foul play , people must be held to account.
If she died of natural causes then the Western propaganda must be discarded
Iran has been under sanctions and siege since 1979.
The only people who want destabilisation in Iran are not the Iranians but the enemies of Iran
I have issues with the religious aspects of the Iranian government.
As the regional bulwark against zionist expansionism and as leaders of the Axis of resistance we need a strong,  just, civil rights compliant Iran, helping create a more multi-polar world and equitable planet
Let’s not destroy Iran on false allegations.
Let’s stand by the leader of the Resistance in west Asia and the cultural values of Persians.

View all posts by Jude Collins →
Can Jim fix it?
PAT+JUDE TALK ABOUT TODAY’S MONSTER MEETING, THE IRISH BUDGET V THE BRIT BUDGET,AND HOW CAN UNIONISTS EXIST IN A UNITED IRELAND

One Response to The violence in Iran: Is it internal or external in its inception? – by Fra Hughes