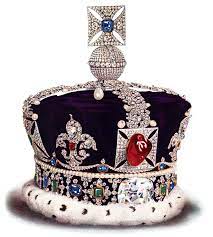 I had another call recently with King Chales.
I asked him about meeting Michelle. He noted that he was fond of blondes and Michelle was “right fit”.
What did he make of Alex I enquired? Chales was very clear. Alex is his type of a lad and he and Alex will have a night out in Crossmaglen when they will go on the tear and have a wheen of pints.
Regarding Jeffrey Chales noted that he has the sort of face that “one would like to slap”. “Did you mean to slight Jeffrey?” I enquired. “Yer darn dapt” said Chales “He’s a boy you’d never get tired of kicking”
Chales then moved on to something that was clearly bugging him. He said “I heard one of your Paddy cheppies calling me a turd the other day”. “Good grief, old chep!” I said .”I can’t believe it. Are you sure you didn’t mistake what you heard?”. “No I am quite clear” said Chales “one of your awful Paddy cheppies called me, on the telly, Chales the turd. Beastly thing to say when one thinks of all of the good work Mummy did for you bog-trampers. Speaking your ghastly leprechaun language and all that.”
“Oh my dear chep” I chuckled “I am sure you are mistaken. Some of our lads cannot pronounce the “th” sound. For example they say “tree” instead “three”. I am sure he meant to say “Chales the Third” but it came out as “Charles the Turd””. Chales paused for a moment and then with a sigh he said “Fuck that’s a relief”.

View all posts by Jude Collins →
PAT+JUDE TALK ABOUT TODAY’S MONSTER MEETING, THE IRISH BUDGET V THE BRIT BUDGET,AND HOW CAN UNIONISTS EXIST IN A UNITED IRELAND
The End of Partition: Planning for Ireland’s Future by Declan Kearney

One Response to A royal misunderstanding – by Patrick Donnelly