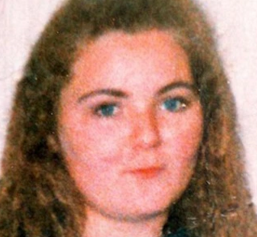 Last year I was in Castlederg for a funeral, and in the tea-and-sandwiches after, I fell into conversation with some local people. Someone mentioned the name of Arlene Arkinson, the 15-year-old Castlederg girl who vanished in 1994. She was last seen in the company of an older man, Robert Howard. This man was found not guilty of Arlene’s murder in 2005, although the jury was not made aware at the time that Howard was already serving a life sentence for the raping and killing of an English schoolgirl called Hannah Williams in 2001. Arlene Arkinson’s body has never been found.

It’s a nightmare story and I had assumed Howard was a lone and probably deranged predator. But when I spoke with Castlederg locals about the case last year, they were adamant that there was more in the case than met the eye. Some of them suggested that  the police’s lack of success in dealing with the case could well relate to Howard and/or someone else involved having been  a state agent. That, they said, would explain why the police had been so slow and ineffective in their investigations.

At the time I  mentally dismissed this kind of talk as the frustrated grief of a community where a 15-year-old girl had been murdered and no sign of her body or justice had emerged. That is, until recently, when the PSNI applied for and were granted permission to withhold some information relating to the Arkinson case.

Theresa Villiers has been loud in her promises that the state will make available all its records so that grieving families here can be helped come to terms with their losses in the past. She clearly wasn’t thinking of the Arkinson family when she made the promise.

The grief of that family is real. The withholding of information about Arlene’s death is cruel as well as unjust.

29 Responses to The death of Arlene Arkinson: why are the police withholding information?