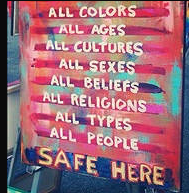 It’s interesting that Nigel Dodds is the person fronting up the DUP addresses to the press and media these days. The assumption must be that if they let Arlene loose, she may come out with another alligator allegation or otherwise put the DUP on the back foot. Not that they’re not there already.

But you must admit the DUPers are triers, and as we all know, God loves a trier. Here’s Nigel trying to blame the other lot:

“It is Sinn Féin insisting on new demands being implemented – not about health, education or public services, but about narrow partisan issues which we don’t think are in the best interests of the people of Northern Ireland.”

First, as I suggested yesterday, why not ignore the “new demands” and concentrate on the core demands Sinn Féin have been arguing for? These include Acht na Gaeilge, a Bill of Rights, marriage equality. Which if any of those frightens you?

One other point, which the DUP and some southern media people have been keen to promote: the notion that it suits Sinn Féin to keep the Executive un-revived, because it somehow benefits them in the south.

Eh? So how would that work?  How would our present Limbo state advantage Sinn Féin in the south? It’s surely obvious, even to the most shell-shocked DUPer, that having the Executive re-established and running successfully is what would play best to southern politics. That’d show  Sinn Féin are capable of handling the affairs of government, and encourage similar thoughts about their ability in the south.

I know not all DUPers are members of the Orange Order, but it’s hard not to spot parallels between the OO and the DUP. The Orange Order, again and again throughout its history, managed to position itself on the wrong side. The United Irishmen, Catholic Emancipation, the Great Reform Act of 1832, the Land League: anywhere that  pressure for equality was to be found,  the Orange Order was there doing its damnedest to turn back the tide of history.

It’s one thing to take a principled stand; it’s another to indulge in dunder-headedness and not-an-inchery.  Alas, it looks as though the DUP have opted to be the party stuck in a political trench. The longer they wait before shifting to a more enlightened position, the greater the danger their trench will collapse in on them. Not a nice way to go, political asphyxiation.

View all posts by Jude Collins →
The Stormont talks: is there a way out?
‘A word in the ear of unionism’ by Peter Doran

33 Responses to The DUP: standing firm on the wrong side of history (again)?