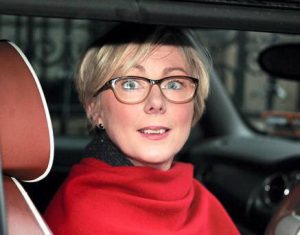 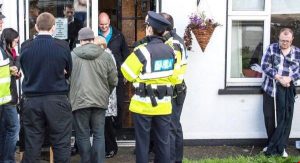 Fine Gael TD Regina Doherty’s recent call for prayer in the Dail reminded me of a pet peeve I have: kissing the altar rails on a Sunday while misbehaving for the remainder of the week.

Another pet peeve I want to confess to is political corruption. More specifically, I get truly rattled by the deliberate and ill –intentioned skirting of the rules that we see politicians indulge in so often. The acts that I speak of are usually highly immoral in even the most neutral observer’s book but are defended and excused away by the ‘I did nothing illegal’ announcement. Legality and morality become skewed and conflated in an effort to obfuscate from the carry –on that politicians indulge in.

According to a report in the Irish Independent, it is alleged Ms. Doherty finally liquidated a poorly run company in 2013: Enhanced Solutions folded with losses of €280,000, including almost €60,000 owed to the Revenue Commissioners, €50,000 owed to state owned bank AIB and various debts owed to suppliers. The same story claims the company was ‘not run properly,’ with serious accounting failures reported in violation of Section 202 of the Companies Act. It was also reported that a loan taken from the company by Ms. Doherty violated the same act. (http://www.independent.ie/business/small-business/fine-gael-tds-firm-folds-with-debts-of-280000-29021682.html).

Ms. Doherty was elected to the Dail as a Fine Gael TD in 2011 in the backlash against Fianna Fail. In her election disclosure of 2011, the Meath TD would appear to have broken the law by failing to reveal the Enhanced Solutions bankruptcy. Records seem to show she did not disclose her bankruptcy in 2011, she disclosed the bankruptcy in 2012, 2013 but it then seems to have disappeared off her disclosures again in the run up to the election of 2016. Is it too cynical to suggest that Ms. Doherty might have been picking and choosing when to disclose her bankruptcy according to the election cycles?

When social media picked up this story that the establishment Irish media had largely ignored, Ms. Doherty was forced to go to the establishment media with her defence – a Nixonian plea of ‘I am not a crook.’ This claim went uncontested by RTE, the Irish Times and so forth despite the clear evidence that appeared to indicate that yes indeed, Ms. Doherty had violated the Companies Act.

According to the Irish Independent, it seems that Ms. Doherty took an illegal loan from her company. Ms. Doherty has apparently broken the law by not acting according to accounting standards and further would appear to have broken the law by failing to disclose her bankruptcy details to her constituents in violation of election rules. None of these alleged violations has been denied and yet, Ms. Doherty has offered no explanation as to how these items were resolved and the media have made no effort to get any answers.

Despite the apparent illegality of it all, her actions seem to be  morally dubious,  especially when you consider her voting record in the Dail. Ms. Doherty has voted consistently for legislation that mercilessly punishes her own constituents who have lost their homes, their jobs and their hopes. For instance, Ms. Doherty in recent days voted for Fine Gael housing and rental legislation that has largely benefitted landlords while homelessness in her Meath constituency has skyrocketed.

Ms. Doherty also recently scolded her constituents, informing them that their water bills “ were not going to magically disappear,” unlike her bankruptcy bills which appear to have been paid for by the tax – payer.

Of course, the problem of corruption in politics in Ireland is worsened by the unwillingness of the establishment media to hold elected officials to account.  Ms. Doherty was given a platform to bat away the story without one journalist prodding about what would appear to be legally questionable and morally dubious activity.

There is something disturbing about a politician calling for public displays of piety. One would think that Ms. Doherty would have enough to be bothered with, what with the growing homelessness and desperation in her constituency and indeed across Ireland. Perhaps a little reminder is in order: Ms. Doherty, God is watching us, even when we are not publicly beating our chests in Church or in the Dail.

9 Responses to ‘How Do You Solve A Problem Like Regina?’ by Catherine Kelly