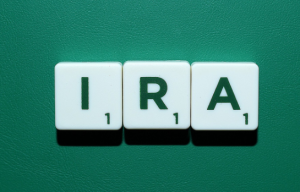 I was on my way to Derry yesterday morning and I tuned into the Nolan Show on Raidio Uladh/Radio Ulster. They were discussing a blog Sinn Féin’s Jim McVeigh had done on sluggerotoole.com, about how the media here (I think he was referring to radio phone-ins) propogate a lazy one-lot’s-as-bad-as-the-other version of our politics. Malachi O’Doherty was on, saying (predictably) that Jim and the Shinners were talking through their armpits, Eamonn Mallie was on saying that it wasn’t that bad really (at least I think that’s what he was saying –Eamonn is not always easy to follow. Maybe it’s all those French words,)

But having started on a really interesting topic – do the media here do their job? – it quickly veered off for Malachi to give out about the Shinners sacrificing sick patients on the altar of an Acht na Gaeilge, and for Eamonn to say Acht na Gaeilge was really symbolic of nationalist frustration with the DUP. It’s a pity they did that: I don’t think the role of the media here , both during the Troubles and now, has been given half enough attention. After all, it’s they (yes, Virginia, ‘media’ is plural) who frame and package politics for us.

But there was another interesting matter raised. Eamonn referred yet again to an article he’d written a couple of days ago in The Irish Times, in which he described how nationalists now have no inhibitions about asserting their nationalism, whereas during the conflict they did, because they were sickened by the IRA’s violence. I think Eamonn had a point. It is indeed true that nationalists are now declaring themselves much more openly than in the past, and less inclined to accept not-an-inchery from unionist politicians. However, I think there may be more to nationalist silence during the years of conflict than Eamonn says.

Yes, many nationalists were nauseated by IRA violence, as well as loyalist and British forces’ violence. But I think it wasn’t quite that simple.

I’d suggest the nationalist people didn’t speak out boldly about their nationalism because it would have been dangerous. Mary McAleese tells an interesting story of her time in RTÉ as a reporter during the Troubles. Such was the grip of the Workers’ Party on RTÉ’s news department, even the slightest signs of sympathy with nationalism were seized on as evidence of Provo-love. Likewise in the north generally: for Irish nationalists to have spoken of their goal of a united Ireland would have been to run the risk of being identified as advocates of violence. And that would have been dangerous. So I suspect an element of fear was there, maybe even stronger than the disgust with the ugliness of violence when viewed close-up, as it was here. Dropping bombs from 20,000 feet is one thing; setting them off in a main street where we see the consequences is another.

There was also the Tom Oliver factor. If you watched the TV news yesterday evening, you’d have heard a report on how farmer Tom Oliver discovered some weapons on his land “and like any good citizen reported the matter to the gardaí” – those were the words of the package voice-over. The IRA shot Tom Oliver dead, claiming he was an informer.

The truth is, the IRA had a lot of passive support from the nationalist population during the Troubles. Maybe because they were afraid they’d be labeled informers, maybe because they didn’t want to get involved in any way, maybe because, while violence disgusted them, they still felt a degree of …what…identification with the IRA’s aims, if not their means. As one venerable parish priest is said to have remarked during the years of conflict “You mightn’t approve of everything the IRA do, but you wouldn’t like to see them bate either.”

“The guerrilla must move among the people as a fish swims in the sea.” That was Mao Tse Tung’s view and the view of many loyalist paramilitaries: kill enough taigs and they’d be frightened into withdrawing their support, tacit or otherwise, from the IRA. In short, the sea would dry up.

Whether that makes people who were disgusted by violence partly responsible for its continuation – sin scéal eile.

View all posts by Jude Collins →
Red lines and being reasonable
The future of the north: compliance and power