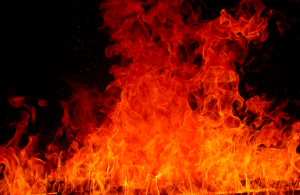 Today is the 23rd July, that is 11 days since Danny Kinahan included the following words whilst apologising for tweeting a picture of himself in front of a 12th of July bonfire which had an Irish flag in (pole) position for incineration.

“I should have got the flag taken down before the photograph”

No Danny, if you want to be considered a Unionist ‘moderate’ you should have nothing to do with organisation(s) that think(s) it is reasonable to burn the Irish flag.

The Alliance leader, David Ford, whilst suggesting Danny’s apology should be accepted stated “I think it was a bit more than an error of judgement”.

Many Nationalists, however, might just shrug their shoulders and muse to themselves that burning emblems such as the Irish flag have always been part of Orange ‘culture’ and that UUP (or DUP or TUV) politicians who want to get elected always need to immerse themselves in a ‘culture’ whose modus operandi is the denigration of their own.

Sectarianism, it may seem, is normalised.

But surely things are different these days – at least in theory?

Well on the same day as Danny was getting snapped in front of the bonfire with the tricolour atop, Supt David Moore, a PSNI commander in Armagh, Banbridge and Craigavon stated “We are investigating complaints about Sinn Féin election posters being placed on a bonfire in the local area. This is being treated as a hate incident”.

Now you might think that under this tougher stance being taken by the PSNI, Danny might not have suggested that the flag would only need to be taken down because a photograph was being taken or have given the distinct impression that he was in communication with those who put it up there – by suggesting he could have it taken down earlier?

But no, Danny didn’t delete it – or clarify his words. Perhaps Danny like many Unionists in Northern Ireland believes that setting fire to cultural symbols belonging to ‘themmuns’ is such an integral part of Orange culture that any change in that is unlikely to happen any time soon – and that’s just the way things are.

…And to be fair to Danny although he may be simply a bit of Twit (if we give him the benefit of the doubt) – he’s probably right about that.

48 Responses to Danny Kinahan (Ulster Unionist MP) – just  a bit of a Twit or something more sinister? by Sammy McNally