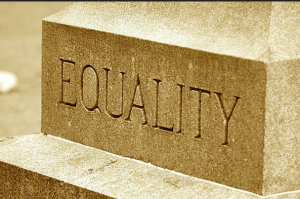 There comes a point in everyone’s life when you say “enough is enough”. It can come at anytime, usually after a period of stress or personal strain when you are at your wits end and can take no more. I am a young man of 30 years (maybe not that young) but what that means is that I grew up at the end of the troubles and in fact the majority of my life has been spent in a relatively peaceful society. A society, which in 1998, had high hopes for the future. I have not known the conditions that existed in the dark years of the troubles and before in terms of the social deprivation and discrimination inflicted on the nationalist communities by the then “orange state”. However, one thing that has been ever present in my life is the feeling of a somewhat lower status in life. Nothing too extreme I may add but there has always been something lurking there in the back of my mind and until recently it was never really apparent to me what exactly that feeling was.
Let me explain, as a young kid I grew up in a mixed household, my father never practised religion but he was brought up a Protestant. My mother, was a devout catholic and always brought me to mass each weekend without fail. I feel this is an important factor as it provides context to my upbringing. I was never brought up to hate one side or the other, and my feelings and opinions I hold, I developed on my own. However, in life there are always experiences which stick with you more than others.
I played soccer as a child for my primary school, and I remember in one of my first games we had to play a match against a local Protestant school. I remember not even knowing the issues surrounding Protestant and Catholic in this country at the time but what I do remember was being on the receiving end of a lot of abuse and even some missiles (stones, bottles etc). This obviously shocked me somewhat but I brushed it off at the time and thought no more of it.
The next memory that sticks out for me was when I was in my early teenage years and had left grammar school early for a doctors appointment. My mother had picked me up from school and we parked close to the doctors surgery which was in a mixed area. I was wearing a Pioneer pin on my school blazer and before we got out of the car, my mother asked that I remove the pin as it my cause offence to some people. This was probably an over reaction on her part but it was and still is symptomatic of how the older generation in our society think.
Fast forward a few years until I was around 17 or 18 and two events happened within days of each other. The first, coincidentally occurred yards from the doctors I had attended years before. I was standing at a pedestrian crossing waiting for the lights to change and these 2 young kids no more than 12 or 13 were standing shouting at anybody crossing the road to head towards the “nationalist” end. They were shouting various slogans of abuse ranging from f**k off you fenian b*****ds to kill all taigs etc. I stood in disbelief that these kids felt they could hurl this abuse at anybody, child, mother, grandmother.
A few days after this incident, I was walking with a group of friends down the Dublin Road in Belfast City Centre wearing none other than a Dublin county jersey. My friends and I were subjected to a tirade of abuse from multiple people walking past us. Bear in mind this was at around 3pm in the afternoon, broad daylight in 2004!
Now in 2017 I have 2 daughters who enjoy GAA, wearing their club colours and even my youngest enjoys speaking the Irish language. With the current political vacuum in the north and the events of Brexit and the actions of Trump I have realised that enough is enough. I want my daughters to grow up in a society of mutual tolerance and respect. I do not want them to go through the same experiences that I have went through in my life so far. I want them to feel comfortable and safe to be able to express their pride for their local club whether they are walking through West Belfast or walking through the city centre. I want them to feel confident in being able to use the Irish language and not to feel that they have to hide it away or worse still “there is a time and a place for it”.
I want our politicians to make a stand for what is right. The words from Ian Paisley last week gave me great hope for the future but we are almost 20 years since the GFA. We should not have to demand a bill of rights or an Irish language act. We should not have to look upon the words of one prominent unionist politician and think that we are headed in the right direction. We should already be at the destination. Equality and respect should not have to be fought for or used as a bargaining chip in any negotiations. It should be expected, if not for the sake of all our futures but for the fact that each and everyone of us are human beings.

View all posts by Jude Collins →
TRUMP’S DREAM COMES TRUE
Enda’s Big Day Out: should he stay or should he go?

191 Responses to ‘Enough is Enough’ by David Steenson