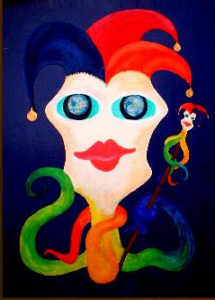 ,By all accounts Robert Arthur Talbot Gascoyne-Cecil, 3rd  Marquess of Salisbury, was a brilliant man. He was three times Prime Minister and was succeeded in that office by his nephew, Arthur Balfour who, when appointed Chief Secretary for Ireland inspired the saying “Bob’s yer Uncle”.Arthur’s brother Gerald also served in the Cabinet, and if I recall correctly, that uber-snob, the late William Rees-Mogg of THE TIMES, known to PRIVATE EYE as “Mystic Mogg”,  for once was right in his predictions, forecasting a glittering career for a young man with TALBOT connections – David Cameron. Whether there is  a connection with Richard Talbot, Duke of Tyrconell, mocked in Lilliburlero. I don’t know, but,. like the Flowers that Bloom in the Spring.Tra La, it’s nothing to do with my argument.

My argument is with Lord Salisbury’s reaction to THE DAILY MAIL, which he dismissed as a paper “written by office boys for office boys.” The paper first appeared when most grown men in England didn’t have a vote but, thanks to Buckshot Forster’s Education Act of 1870, could read. It was not designed to deepen their understanding or broaden their sympathies, as Conor Cruise O’Brien once wrote, but to legitimise the rampant imperialism of Salisbury’s ministries. I haven’t got O’Brien’s comments before me, but I believe I have given you the gist of what he said.
Salisbury underestimated the Daily Mail, for I believe it is probably the best paper in English for producing in its readers the responses its owners demand. It encourages blackleg workers and  other  such renegades. When on June 8 1934 the paper  carried an article with the headline” HURRAH FOR THE BLACKSHIRTS written by its owner, Viscount Rothermere, it was not the aberration of an office boy  but the foundation ethos of the paper, which continues today, and it reflected the values of much of Britain and mirrored those of THE IRISH TIMES, and the Blueshirt  Irish Independent. It was utterly  opposed to the democratic principles and practices of Eamon de Valera and Fianna Fail and  their paper, THE IRISH PRESS, and of the Irish Labour Party with which they had a good relationship..
I’ve been passed a piece by EMER O’KELLY which appeared in “THE IRISH MAIL ON SUNDAY” on April 3rd this year. It has the prominent headline – “How I felt intimidated by this wave of mindless, triumphalist nationalism.” and the paper described it as “A provocative take on the 1916 “celebrations.”
Back in May 1982 I was provoked by a similarly  blatant piece in THE DAILY MAIL to complain to Britain’s Press Council about an article which repeated
a brazen lie which had appeared in THE TIMES in May 1981 and condemned by the Council, very reluctantly in Fenruary 1982, following my bringing
it to its notice. That same morning in May 1982 precisely the same lie was printed in THE DAILY EXPRESS and THE DAILY STAR, which nine months
later condemned those papers. But it refused to condemn the DAILY MAIL, which had put the story out under the name of Sir Humphrey Atkins, Secretary of State for Northern Ireland when I referred it to them. Shortly thereafter the PRESS COUNCIL changed its name to the PRESS COMPLAINTS COMMISSION, Atkins was raised to the peerage and changed his name, and was appointed to THE PRESS COMPLAINTS COMMISSION, which I understand was a nice liitle earner. The Press Council and Press Complaints Commission were, in England, Institutions of ILL REPUTE and have been replaced by a body of no repute at all. The Editor of THE TIMES when it published the lie was Harold Evans. He got a Knighthood. A successor Editor, Simon Jenkins. was sent to Washington to scupper Albert Reynolds’s pursuit of peace. Reynolds sought an American visa for Gerry Adams, who holds an Irish Passport. Simon Jenkins briefed White House Staff with essentially the same lie his paper had been censured for by the Press Council. and had the gall to boast about. Simon Jenkins also got a Knighthood.
I imagine Emer O’Kelly. who appears to have  the ethical standards of a Harold Evans, a Simon Jenkins or a Humphrey Atkins will earn herself  at least an OBE, if she is not made a Dame and that she may yet shovel coal with Humphrey Atkins. For she tells the BIG LIE  that the Second World War was, in Ireland,called the Emergency.
IT WAS NOT – See my BLOG “WHAT’S IN THE DAILY NOOS?” of 16 JUNE 2016,  where I dispose of that canard. Emer  O’Kelly  is a sloppy, lazy fool if she published it in all  innocence. Otherwise she is a damnable liar.
Ms O’Kelly poses as a Republican yet works for the Mail on Sunday. She reckons  that W.T Cosgrave’s Government when it drafted the Free State  Constitution excluded people like her when they dedicated the country to the Christian/Catholic God. Similarly the dedication of what she calls   the de Valera Constitution of 1937. I may be wrong but understood that the Free State Constitution was drafted by Darrell Figgis, an atheist, and approved by Winston Churchill. I also understood that the 1937 Constitution was drafted by de Valera after consultation with the various Christian denominations and the Jewish Congregation (he was a personal friend of the Chief Rabbi) and ENACTED BY THE ELECTORATE.
I’m surprised she takes money from a paper controlled from the UK where the Head of State is Supreme Governor of the Church of England and a spy included in its Calendar of Saints.
Though I like Italy and love Rome,  I do bridle at being described as a Roman Catholic . I feel as if I’m being examined through a lorgnette by Lady Bracknell. I’d prefer to be called a Papish, a Fucking Fenian, or as Cromwell’s followers would have it, a Tadhg or a Donal. Though Ms O’Kelly feels excluded  from the rights of citizenry by the citizens she despises, I’d feel less at home in the company she chooses, than in London, where I’ve enjoyed respect and friendship these past 52 years.

View all posts by Jude Collins →
Nicola Sturgeon: all set to spoil the BREXIT party?
IT’S CAT MELODIAN !!…A CATASTROPHE !?