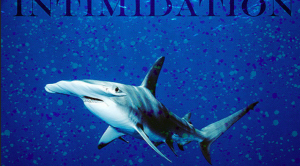 On Sunday evening (13 November, Remembrance Sunday) the windows on the bottom floor of my house in Tattygar, Lisbellaw were smashed, in what the police called ‘a hate crime’. I was out of the house at the time of the attack. I was at the Wake of my cousin who died earlier that day. I left the house about 4.30pm and returned about 8.30pm. I noticed first one window, then two then three and I knew it was serious. The attack was carried out some time between those hours. It is not the first time that this house has been targeted by loyalists. It happened many years ago when another priest lived here. Sadly, there is a small element in this area who are intent on causing tension and division. Over the last three years, since I came to the parish of Enniskillen and Lisbellaw, I have tried to reach out to my neighbours in all churches. Among the first to express solidarity with me after this incident was the Church of Ireland Dean in Enniskillen and I received good wishes from the CoI Bishop of Clogher and the local Church of Ireland clergy. I enjoy very good relations with all the other clergy belonging to the Presbyterian and Methodist churches. I also received messages of support from local people who belong to the Unionist tradition and who are abhorred at the attack on my house.

I have been living here for just over three years. I find most of the people to be friendly. I am not sure why I have been targeted. It was Remembrance Sunday and perhaps emotions were running high. I am also thinking the attack may be related in some way to my public stance against Brexit which has been well reported in the local press. It might also be related to my recent writing about my attempts to understand unionism. Those pieces were written by me after a recent meeting about Brexit that I and others held with some councillors on Fermanagh and Omagh District Council. It may be simply related to the Remembrance Day commemoration. I just do not know. I thought we had moved on. I thought it was now possible to express an opinion without being targeted by those who disagree. While I know that the decent people in the Unionist community are totally opposed to this kind of activity there are a few who still think it is necessary to intimidate and target some people. ‘Hate’ is a strong word. Hatred is a reality in our society. It has been a reality in many parts of the world and it drives people to carry out the most violent of acts. You can think of Kristallnacht in Nazi Germany on 9-10 November 1938 when Jewish homes were attacked. You can think of the KKK and Mississippi Burning. You can think of the intimidation and persecution of Irish people in their own country. You can think of the hatred shown towards the Irish who emigrated to England and were refused accommodation. Hatred and prejudice and intimidation go together.

I have lived with intimidation nearly all my life as a priest, up until the Belfast Agreement in 1998. I was intimidated and harassed in the past by the RUC, the UDR and the British army and by the anonymous letters and phone calls. It did not deter me from speaking my mind. I am not going to be deterred from speaking or writing about issues that I think are important. The people who intimidate do not like peace and they have no time for equality. I will continue to work for peace and justice and equality for all. Some may find this uncomfortable but this is what I believe in and what I feel I am called to do as a priest. I would like to continue to do whatever I can to strengthen the relationships between the various churches in this community. I would like to continue discussions with others who differ. I will continue to campaign for human rights.  I would hope there is no more intimidation.

View all posts by Jude Collins →
How ‘prickly’ is Arlene? How sleekit Enda?
The sectarian behaviour of MPs “is something that the UK Government or Parliament is not responsible for.” by Sammy McNally

10 Responses to ‘Intimidation’ by Joe McVeigh